In our weekly report published on June 14, we had mentioned, “the index may face resistance around the psychological level of 16,000.” However, the resistance came a bit early and after hitting 15,900 level, the market staggered sideways with a negative bias. 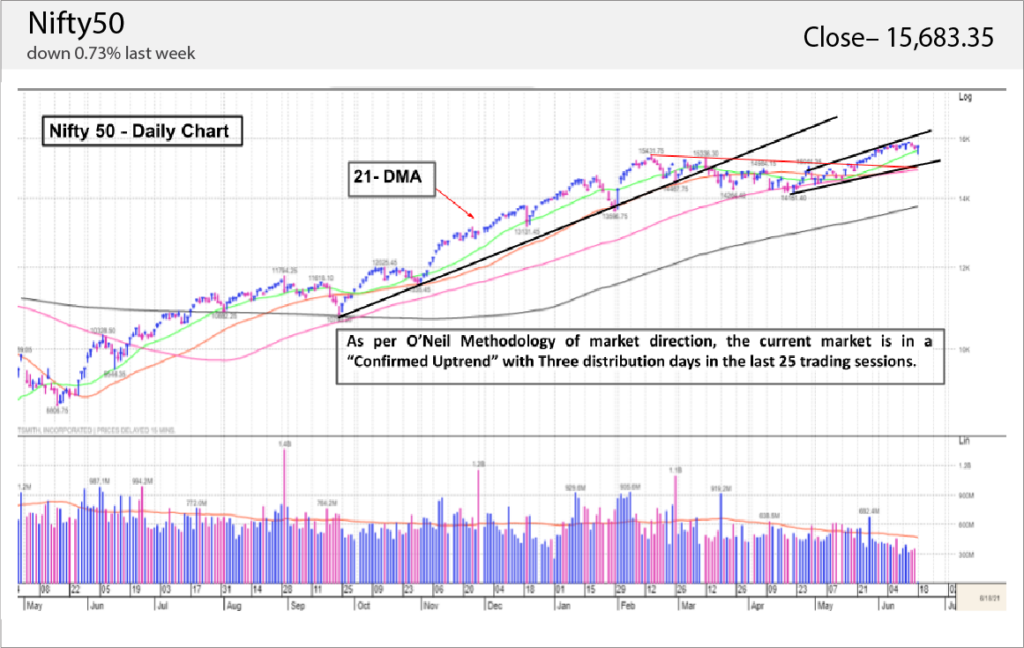 The index started on a positive note last week and closed flat after a volatile trading week. It formed a “DOJI-like” candle with a long lower shadow and a lower-low price structure compared with the previous week. However, it recovered from a low and ended this week with a loss of 0.73% (-116 points). The momentum indicator RSI is showing a price-momentum divergence. It has also started on a downward slope and is currently placed around 67 on the weekly chart. However, another trend indicator, the weekly MACD, is trending above the central line with a positive crossover. Apart from RSI and MACD, the index is trending above all long-term key moving averages on the weekly chart with positive directional moving index.

Likewise, on the daily chart, the index turned volatile after a positive note and touched a new all-time high of 15,901. However, since Wednesday, it has turned volatile and choppy, and retested 15,452 level in downside on Friday. The index took a cue from the global market after the FOMC meet and faced some selling pressure in the second half of the week. Selling pressure was mainly due to weak global cues and the U.S. Fed’s “hawkish stance” on interest rates. Friday was a very volatile session as the market opened on a positive note, but fell sharply in the first half of the day. However, it pared most of the losses on the same day. In fact, Nifty breached below its 21-DMA and reclaimed it the same day. The index is still trading above its 21-DMA, 50-DMA, and 200-DMA by 1.09%, 4.39%, and 14.32%, respectively. Further, the momentum indicator RSI declined sharply to 60 this week. Another technical indicator, the daily MACD, is now trending below its negative crossover.

All the above technical parameters, along with derivative data and O’Neil Methodology of market direction, indicate a sideways trend in the range 15,900–15,500. We advise our traders to have a cautious approach in the coming week.
From now onwards, we expect more volatile and choppy trading days in the coming week. However, there would be some stock-specific action.

FII/ DII Activity in the Third Week of June 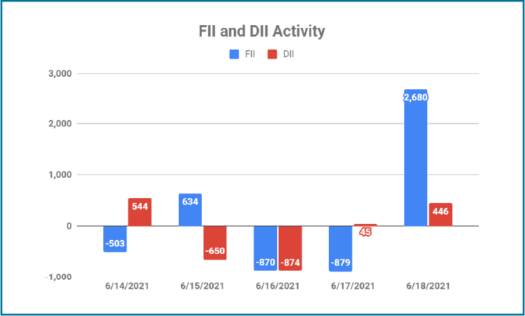 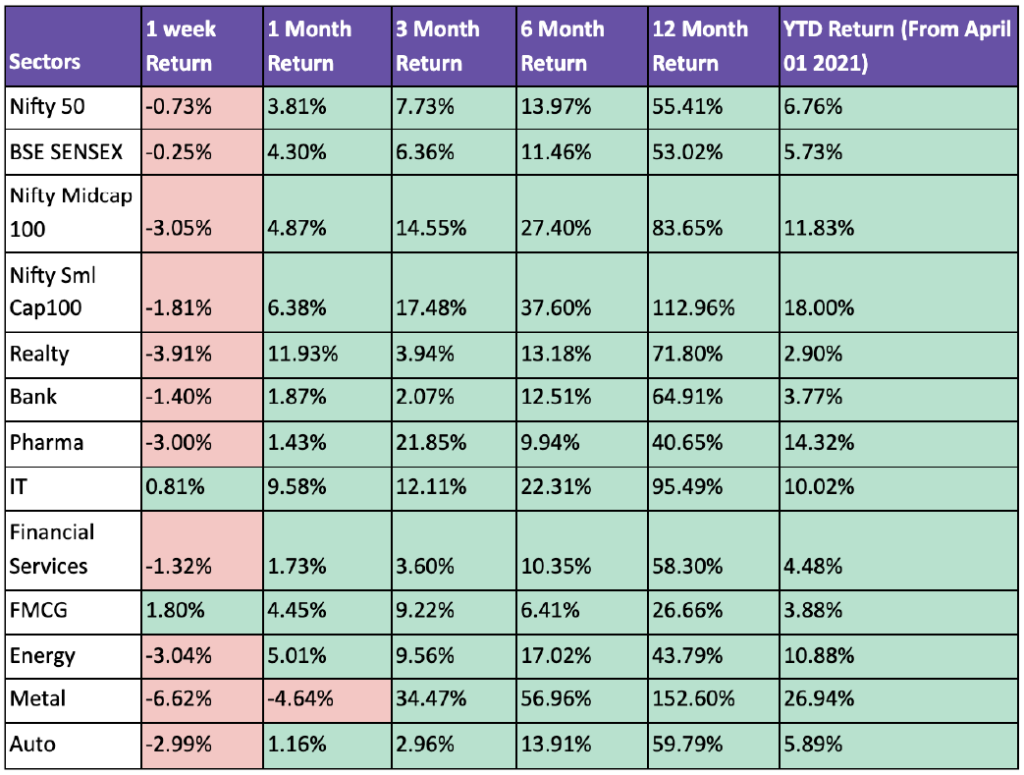 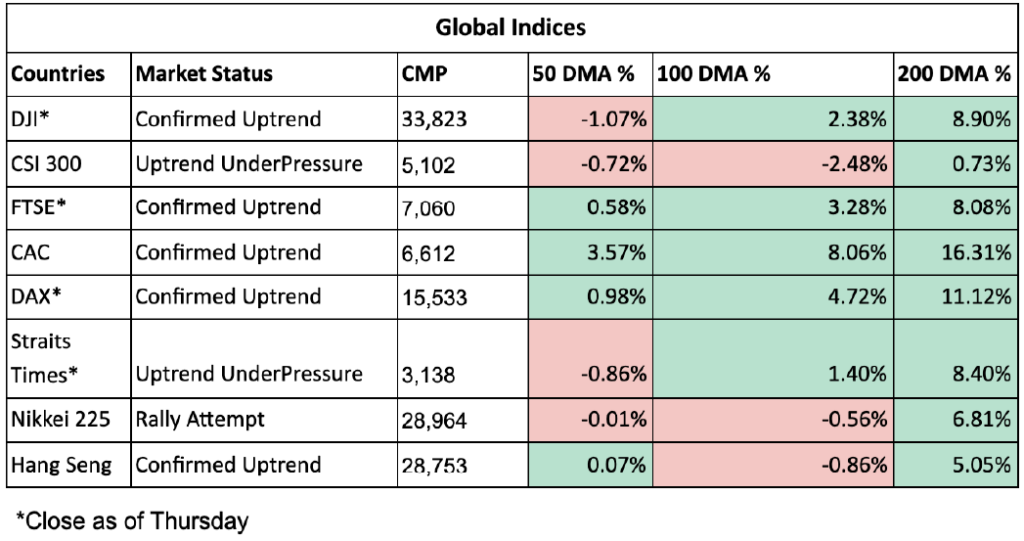