In our monthly report published on June 04, we had mentioned, “the index is most probably ready to move toward 15,900–16,200 levels in the upcoming weeks. We advise our subscribers to follow the buy-on-dip strategy until the index is trading above 15,200–14,900”. Last week, Nifty50 gained 0.82%, while Bank Nifty lost 0.69% and the rest of the sectors performed well. 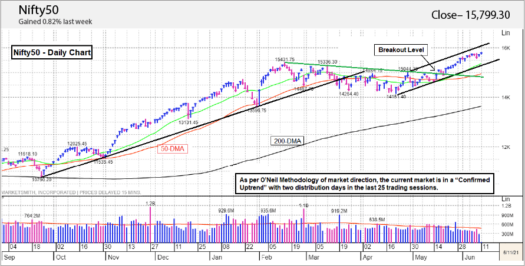 The index opened on a positive note last week and formed a small bullish candle with lower shadow, with a higher-high and higher-low price structure. The index closed at an all-time high on a weekly closing basis at around 15,800 level. The momentum indicator RSI on the weekly chart is trending upward and approaches 69 level after forming a “W” pattern on the weekly RSI. However, another technical indicator, the weekly MACD, is still trending below its negative crossover above the central line. Apart from RSI and MACD, the index is trending above all long-term key moving averages on the weekly chart with positive directional moving index.

Likewise, in the last week, the index traded in an upward trend after breakout above the downward-sloping trendline and touched a new all-time high of 15,835. Currently, the index is trading between upward-sloping parallel trend lines with a positive bias. The analysis of the last seven days’ daily price action indicates the index was trading in a narrow zone of 15,570–15,780 and closed above this narrow range on the last day of week, i.e., Friday. The Nifty50 is trading above all key moving averages, i.e., its 21-DMA, 50-DMA, and 200-DMA and is currently placed around 5.60% and 15.76% above 50-DMA and 200-DMA, respectively. Further, momentum indicator RSI is trending in bullish territory with positive crossover along with positive MACD and DMI/ADX.

Further, as per O’Neil Methodology of market direction, the current market is in a “Confirmed Uptrend” with two distribution days in the last 25 trading sessions.

All the above-mentioned technical parameters, along with derivative data and O’Neil Methodology of market direction, indicate a bullish trend in the coming days. From now onward, our bias would remain positive. However, the index may face some resistance around the psychological level of 16,000.

From now onwards, sustainable trading above 15,800 may open a fresh upward window toward 16,000–16,200 levels. Apart from Nifty50, Bank Nifty traded as laggard and underperformed the market. However, other major sectoral indexes outperformed the market. In the last week, Nifty IT, Nifty Metal, Nifty Pharma, and Nifty Realty sector did well.

In the coming week, we expect IT, Metal, Pharma, and Realty may do well and our bias would remain positive in these spaces.

FII/ DII Activity in the Second Week of June 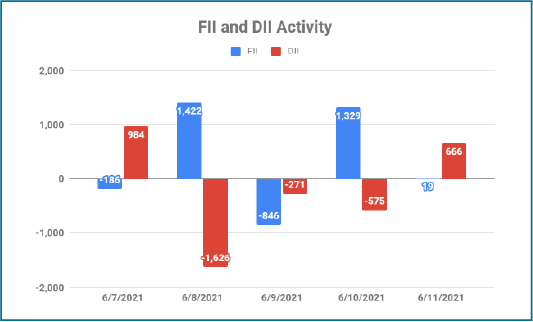 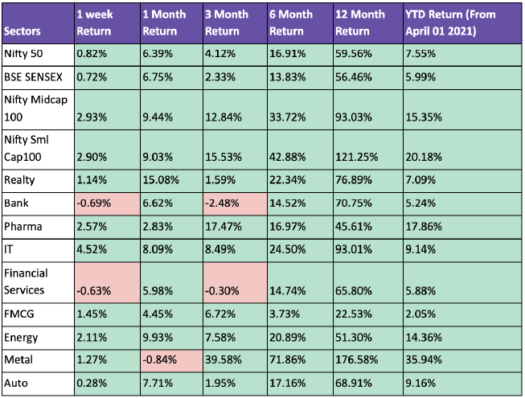 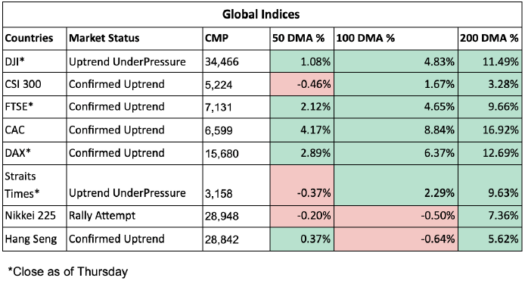 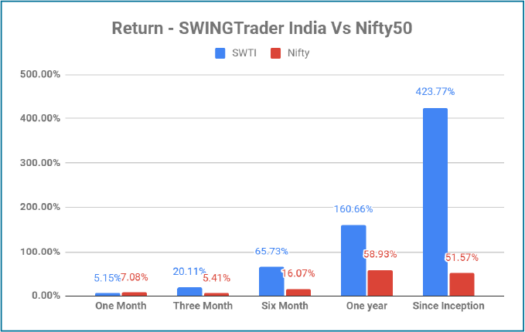