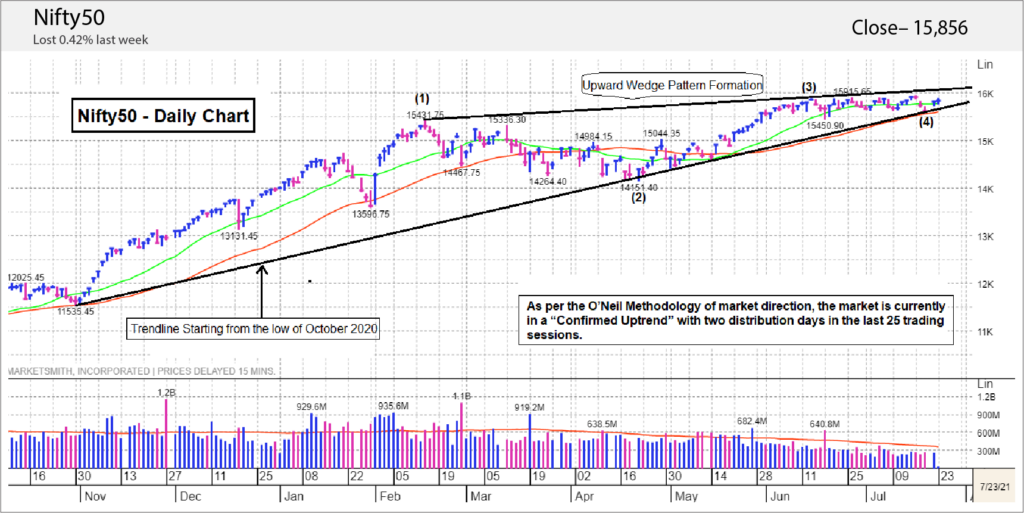 The index started the week on a negative note and lost 0.42% on a weekly basis. It was unable to protect the low of the previous week and formed a lower-high, lower-low price structure on the weekly chart. The past week was the seventh consecutive week when the index traded sideways in the zone of 15,450–15,900. The momentum indicator RSI is also trading in the flat zone along with price momentum divergence. Similarly, weekly MACD is still trending flat and yet to show a positive crossover on the weekly chart. Apart from RSI and MACD, the index is trending above all long-term key moving averages on the weekly chart, with a downward sloping directional moving index (DMI) along with divergence.

Likewise, an analysis of the daily price actions in the last week indicates negative bias as the index has a ‘’triple top’’ price pattern formation, followed by an ‘’evening star’’ candlestick pattern with a gap down opening on Tuesday. How-ever, it took support around its 50-EMA, i.e., around the 15,570 level, and bounced from there to close at 15,850 on thelast day of week, Friday. Apart from this, the index is now trending in a broadening price pattern since the last 20 tradingdays. Though it is trending above all key moving averages on daily charts, technical indicators show a sideways trend with a negative bias. The 14-day RSI indicates a sideways trend and MACD is still trending in a downward direction with a negative crossover.

All the above technical parameters, along with derivative data and O’Neil Methodology of market direction, indicate that the index is still trading in the consolidation range of 15,550–15,900. Our bias would turn positive once the index starts trading above 15,900 and sustains above that level. However, on the downside, immediate support is around its 50-DMA, which is placed around 15,600 levels. Hence, 15,600–15,550 is a key level to watch on the downside.

Apart from Nifty50, Bank Nifty has underperformed in the last week and formed a ‘’Doji’’ candle with a lower-high, lower-low price structure. This major sectoral index is facing strong resistance at 35,500–36,000. It must cross and hold this level to gain further toward 39,000–40,000.

FII/ DII Activity in the Third Week of July 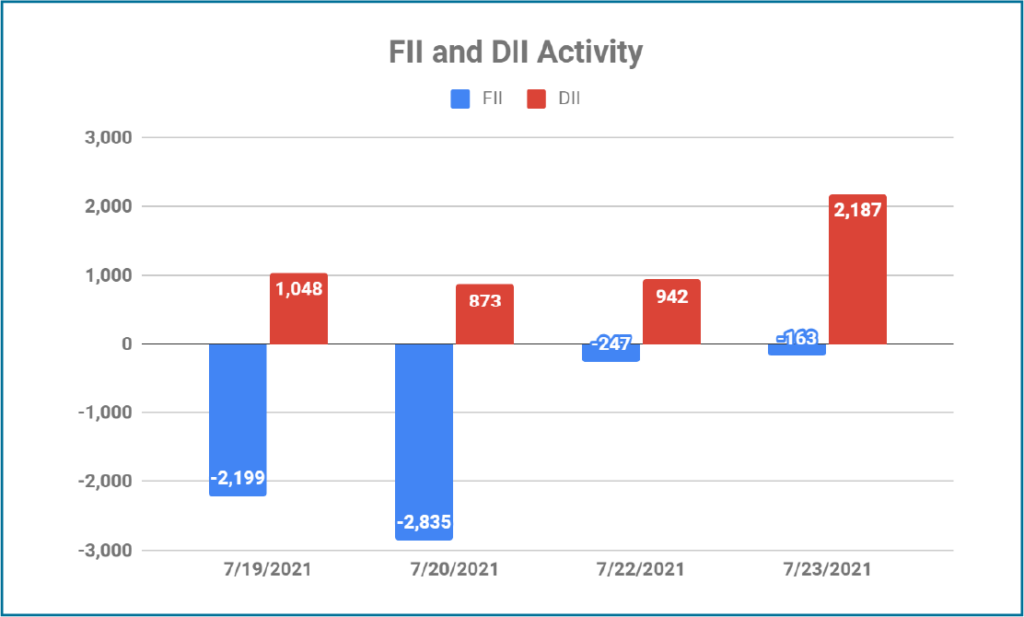 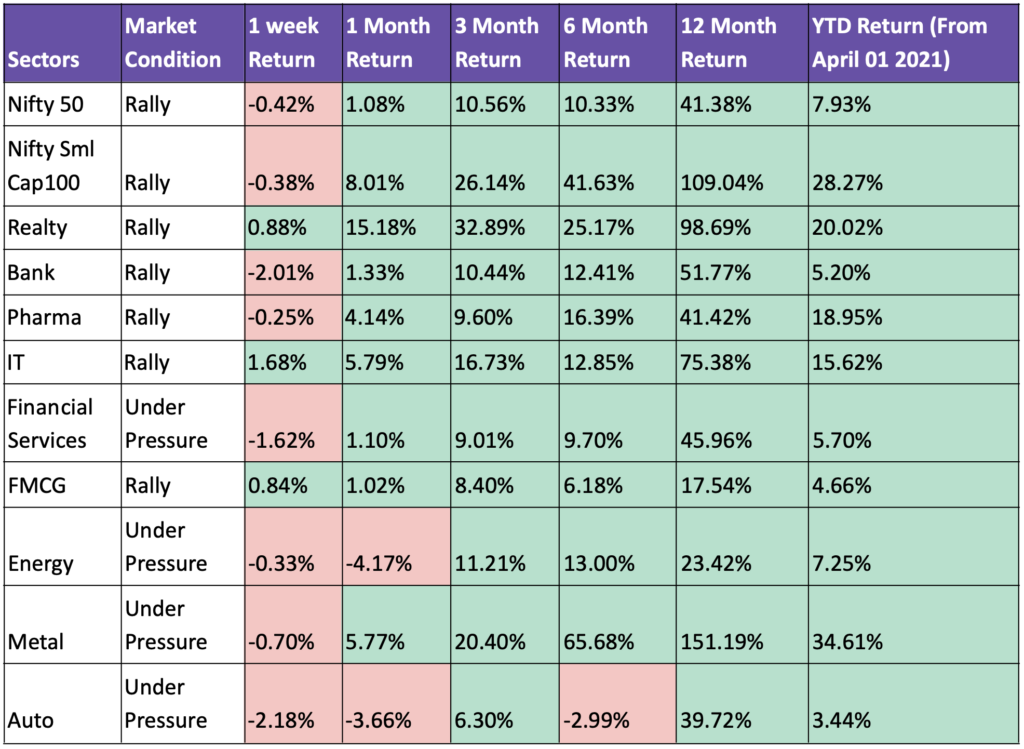 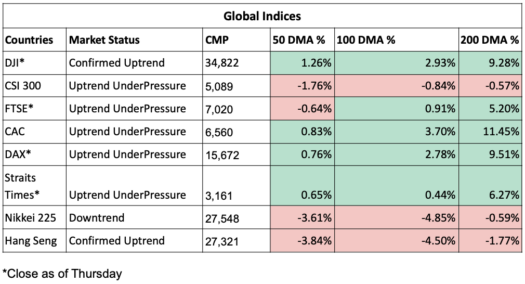 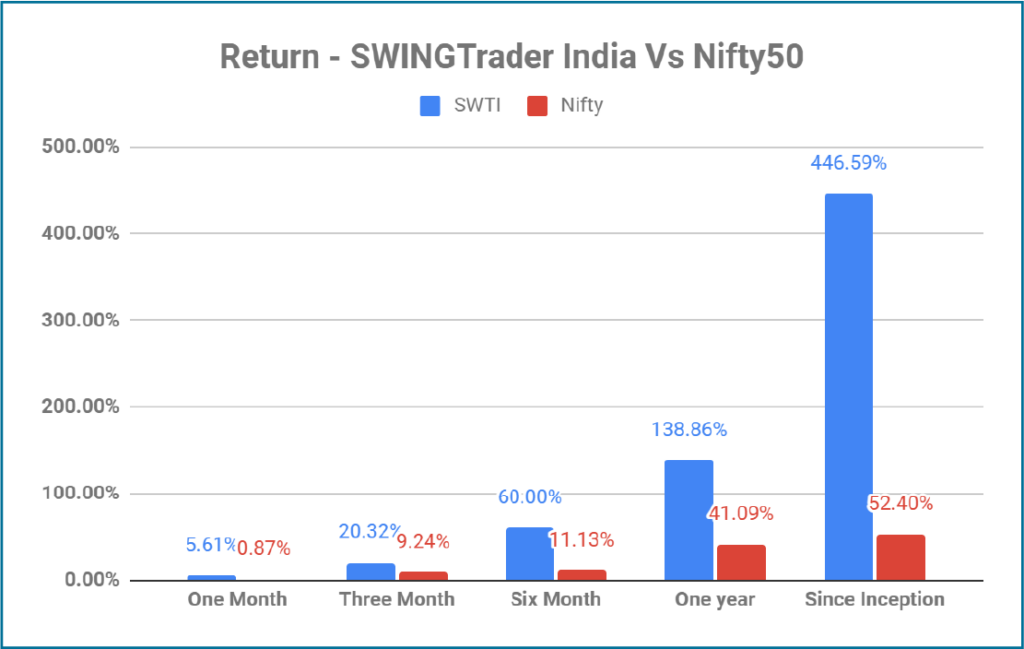