Recommendation:  Not Rated   (NOT AN ADVICE TO BUY OR SELL)

The company focuses on developing and implementing clean chemistries based on technology developed in-house. Thus, most products have either zero liquid discharge or discharge only water.


The company has a diversified product portfolio catering to industries such as acrylic fiber, ink, pharmaceuticals, food packaging, and agrochemicals. Clean Science has managed to maintain its global leadership across major product profiles.


Higher Yields due to Catalytic Process


Clean Science has been using anisole compared with the hydroquinone used by peers. The yields with anisole are higher due to the company’s backward integration move to produce anisole as well from phenol. It has been able to develop new catalysts over the years, which has increased yield and also improved the company’s overall technological process.

Anisole being the key raw material, Clean Science decided to produce it in-house in 2017 using liquid-phase technology. It later moved to a cleaner route in 2018 and started producing anisole using vapor-phase technology, which only leaves water as residual discharge.

For Clean Science, all its plants are of the zero liquid discharge type and not just the process of manufacturing anisole. This is despite it handling several highly hazardous chemicals.


Historical revenue growth rates for the industry across major product categories have been on similar lines. MEHQ revenue had a CAGR of 3.4% between 2015 and 2020 while BHA revenue increased at a CAGR of 3.1%. Guaiacol revenue had a CAGR of 1.1% and DCC revenue rose at a CAGR of 1.3% during the period. However, the company has posted revenue CAGR of 29% in the last five years due to its strong R&D in the catalytic process, which has brought it market share gains across product segments as well as higher yields.

According to Clean Science, several global markets are still underpenetrated, which will allow it to gain market share, going forward. It also plans to launch new products in the existing value chain, which will help increase in wallet share with existing customers.


IClean Science’s R&D initiatives have helped it improve overall productivity by optimizing use of raw material and limiting effluents from processes. Its alternate chemistry and in-house catalysts have allowed better conversion rates from phenol to anisole and from anisole to MEHQ, resulting in higher product yields.

Clean Science manufactures anisole via vapor-phase technology, which only discharges water, thus reducing the cost involved in treating effluents. The starting price point of raw materials is lower for the company. Along with its use of in-house catalysts, the company has a better margin versus peers, starting from hydroquinone. Clean Science has been operating at a higher gross margin then its peers, which allows to company to bear fluctuations in raw material prices. It had a gross margin of 69.2% in FY20 and 75.9% in FY21.

Phenol prices have been surging sharply in the last couple of quarters. Average phenol price for Q4 FY20 was Rs. 70/kg, for Q1 FY21 was more than Rs.100/kg, and currently is around Rs.125/kg. However, phenol prices is merely 11% to the top line, which allows the company to maneuver around the sharp increase in raw material prices.


The company has almost doubled its capacity to ~30,000 tons from that in FY17–21 and plans to further increase this to 50,000 tons by FY23 with the commissioning of Phase 3. Phase 1 of the facility is expected to be operational by Q3 FY22 while Phase 2 will come up in FY23. Anisole production from the third unit was commissioned in Q1 FY22.

The company is expected to incur capex of Rs. 400 crore during FY22–24 on facilities three and four. This will be more than twice the cumulative capex it incurred in FY11–20. The company had previously funded its capex via internal accruals and is expected to do the same, going forward..

Clean Science has maintained a healthy CFO/EBITDA ratio of >75% on average over the past five years, which suggests healthy cash flows generation from operations. The company expects to maintain this run rate in future.


The global market for HALS is estimated to be worth $1B and is expanding at a CAGR of 10%, dominated by major players like BASF. With R&D innovation, Clean Science has developed a series of products in the HALS category. The land parcel acquired for facility 4 will be dedicated to its HALS series and the facility is expected to go live in FY24.

The company will be ramping up its capacity utilization rate for this series from FY24 onward and expects to achieve peak utilization about five years after the launch of the HALS series. 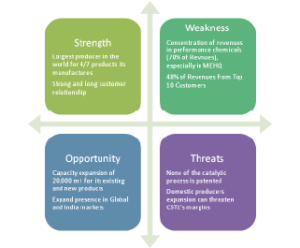 Key Risks and Explanations from Management


Q: Has the company been able to pass on the surge in phenol prices in the last few quarters?

A: Phenol prices make 40% of RM costs i.e around 12% of the revenue.. Hence, a huge surge in phenol prices does not create any margin pressure. The catalytic process to manufacture anisole and then downstream products from anisole allows the company to make a higher margin than peers who manufacture via the hydroquinone route.

Q: Does the company source any raw materials from China? What is the level of dependence on the country?

A: The company sources around 70% of its raw materials from India itself and the remaining 30% from various parts of the globe. From China, it sources less than 10% of raw materials. It has thus de-risked its raw material supply chain.

Q: None of the company’s catalytic process have been patented. Comment.

A: None of the catalytic processes have been patented, but the company has spent years in R&D to develop those catalysts and improve the yields in those processes. Thus, a competitor would have to replicate the years spent to set up a similar manufacturing unit and achieve comparable yields.

Q: Are there any threats to the company’s existing market share?

A: The company has become a trusted supplier to end user industries with its consistent R&D and long-term relationships. With multiple lines for one product across different plants, the company is able to fulfill any customer order easily. Thus, a line failure would not scare away customers on concerns that their orders may not be fulfilled.

Q: The company has high ROIC of >70% in existing products. Can this be replicated in new products?

A: Once the company picks up on the learning curve for new products, it can generate similar ROIC at peak utilizations, or even higher in the case of the HALS series. 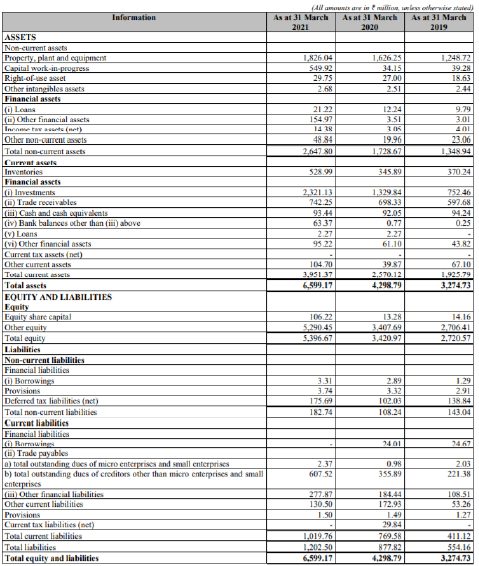 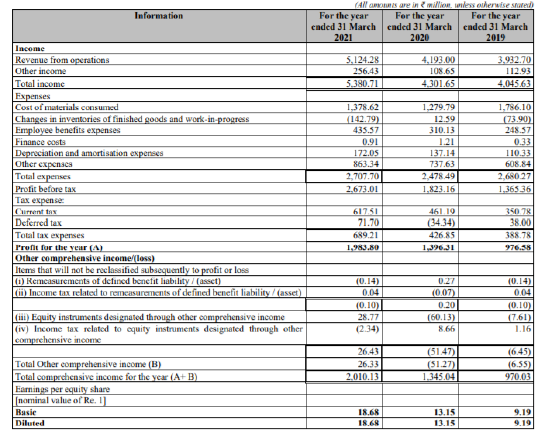 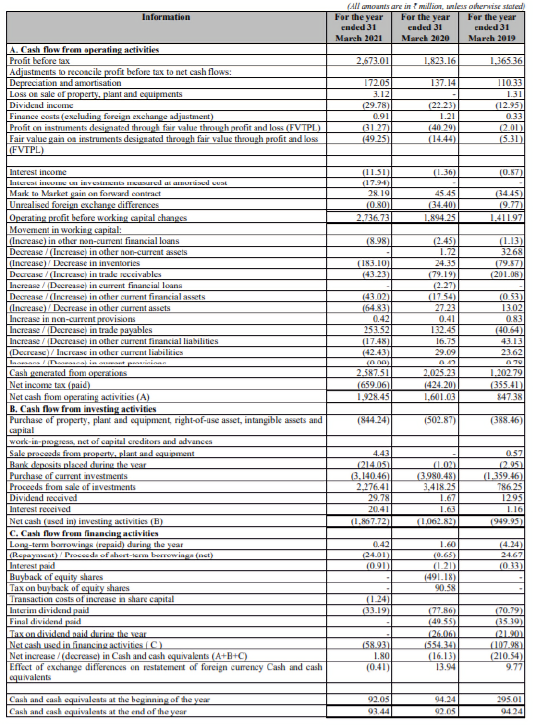