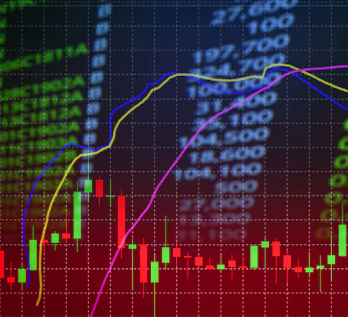 Nifty Midcap lost its steam after ending November on a high and gave up its 200-DMA in the first half of December. However, in the latter half, it retook its 200-DMA. It ended the month with a marginal decline of 0.7%. Nifty Smallcap, which was trading below its 200-DMA since June, inched closer toward it.

Of the 48 developed and emerging markets, we track, 34 are in a Confirmed Uptrend and none of them are in a Downtrend.

In December, Nifty added four distribution days and two expired, taking the count to six. Though Nifty and Sensex are trading near their all-time highs, broader indices are trading around 20–40% below their highs. Investors should restrict themselves to invest in fundamentally sound stocks with strong growth prospects and be extremely selective when adding risk.

Automobile: Nifty Auto Index is in an Uptrend Under Pressure and is currently 1.7% above its 50-DMA and 4.4% above its 200-DMA.

Basic Materials: Nifty Metal is presently in a Confirmed Uptrend. The index added two distribution days in the month and gained almost 7%.

Capital Equipment: Indian capital equipment stocks rose 2.9% on average in December. Most of the sub-sectors closed in the green.

Energy: Nifty Energy was down 1.03% in the month. It was moved to an Uptrend Under Pressure from a Confirmed Uptrend.

Healthcare: Nifty Pharma lost ~2% in December, facing resistance at its 200-DMA. The index is in an Uptrend Under Pressure with eight distribution days.

Media and Internet: Nifty Media underperformed the market in December, as it declined 1.7% compared with a 1% gain in market.

Retail: Nifty FMCG is in a Rally Attempt. It was down 2.8% in December underperforming the market.

Technology: Nifty IT is in a Confirmed Uptrend status with a distribution day count of four, immediate support is at the 200-DMA. The index gained 4.4% month-to-date.

Telecom: The S&P BSE Telecom was flat in December as compared with a 1% gain in Sensex.

U.S. S&P Metals & Mining Select has gained strength in December, continuing the trend from November. The index gained almost 6% in December, following a 5% rise in November due to the strength in the overall sector performance.

Nifty metal is in a Confirmed Uptrend. The index started the month in an Uptrend Under Pressure but started gaining strength during the third week. The index added two distribution days in the month and gained almost 7%.

Towards the end of 2019, some positive signals made us upbeat about 2020. The world’s two largest economies, the U.S. and China, are seen making positive negotiations over the trade war that has slowed global economic growth for the past two years. With positive sentiments, there can be a boost in the global economy, which will boost demand for industrial metals like zinc, nickel, and copper. Gold and silver are expected to be range-bound in the short term.

Capital equipment stocks across the globe were relatively subdued in comparison to broader market as key sub-sectors like aerospace/defense and industrials displayed weakness. Notably, aerospace/defense sector, which led the momentum for a major part of the year, is currently under selling pressure due to Boeing’s prolonged issues on the 737 Max recertification process (which is weighing down on a large supply chain).
Going into 2020, we remain cautious on the sector due to lack of positive catalysts and industry specific uncertainties. However, despite broader weakness, we continue to see outperformance from fundamentally strong leaders in most sub-sectors.
Indian Capital Equipment Stocks
Indian capital equipment stocks rose 2.9% in December on average. Most sub-sectors closed in the green. The significant gain in the sector was driven by Household Appliances/Wares and Metal Production and Fabrication stocks which advanced 6.5% each on average.
Top performers include Orient Paper and Industry (+15.1%), KEC International (+12.4%), and ABB India (+11.8%), while three major underperformers were V-Guard Industries (-6.8%), Voltas (-5.2%), and Crompton Greaves Consumer Electricals (-4.8%).
Sector News: Looking forward, in January, we expect the sector to be modestly positive in the first half. The upcoming Q3 FY20 earnings season will drive the further momentum in the last two weeks, which we expect to be largely in line with consensus.
Stocks in Watchlist: Shree Cement, Astral Poly Technik, and The Ramco Cements

Nifty Energy was down 1.03% in the month and was moved to an Uptrend Under Pressure from a Confirmed Uptrend.

The oil sellers are expected to continue doing good until the OPEC+ reviews the production policy. The expansion plans by Reliance is expected to drive the sector up.

During September, ishares US Healthcare (IYH) was up more than ~3%, in line with the S&P 500’s gain of ~3%. Healthcare performance over the last several weeks have improved and the ETF is trading within 1% range of all-time highs.

Nifty Pharma lost ~2% in December, facing resistance at its 200-DMA. The index is in an Uptrend Under Pressure with eight distribution days. In November, medicine sales grew 14.5% y/y with top 10 drug makers having sales growth of 12–18%.

The North American Software Index (IGV) remained almost flat (+0.4%) in December, after gaining ~8% in November. Though the IGV has improved over the past six weeks, the improvement has not been uniform across all constituents. Remaining selective until more visibility is available into the next fiscal’s earnings growth will be the key.

Nifty IT Index is in a Confirmed Uptrend with a distribution day count of 4; immediate support is at the 200-DMA. The index gained 4.4% MTD. It was shifted to an Uptrend Under Pressure in early December but it quickly reclaimed high of the previous rally, shifting it back to a Confirmed Uptrend. Bellwethers Tata Consultancy Services and Infosys are expected to report Q3 results around January 9–10, their prints and most importantly performance of the BFSI vertical and margin expansion will be points to watch out for.

IGV’s 34% YTD gain was led by mid caps and small caps at the start of the year followed by a brief rally by large caps toward May–July and then more of selective stocks’ outperformance toward the end of 2019. Next month, Q4 earnings season begins, ~15% of the IGV reports, with heavyweights – MSFT, IBM, NOW, EA, and AMZN expected to report in late January.

What do you think? Please email us any questions or comments.
Disclaimer: Information contained herein is not and should not be construed as an offer, solicitation, or recommendation to buy or sell securities. It is for educational purposes only.