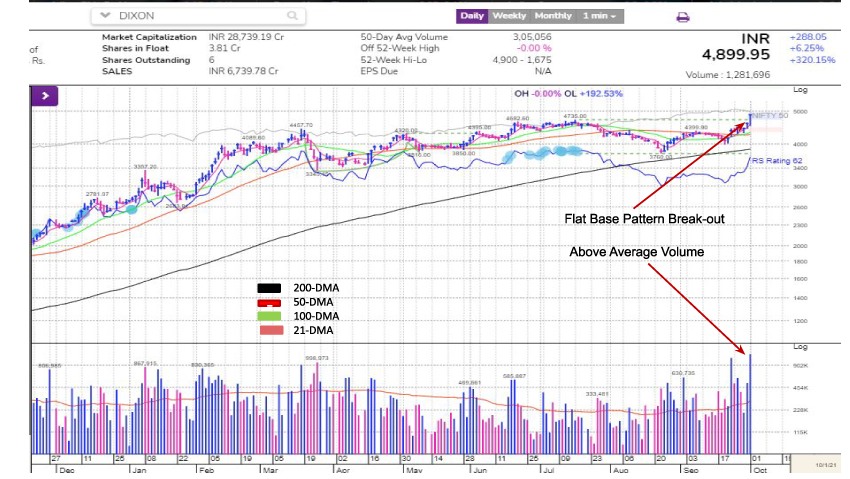 ● The stock has given a breakout from a seven-week consolidation base pattern.

● It has formed a higher- top and higher- bottom price structure on the daily on above average volume.

● It reversed its trend after witnessing buying interest on September 23, when it reclaimed its 50- DMA on above average volume.

● Weekly and monthly charts are also in a bullish trend, and there is no weakness so far. 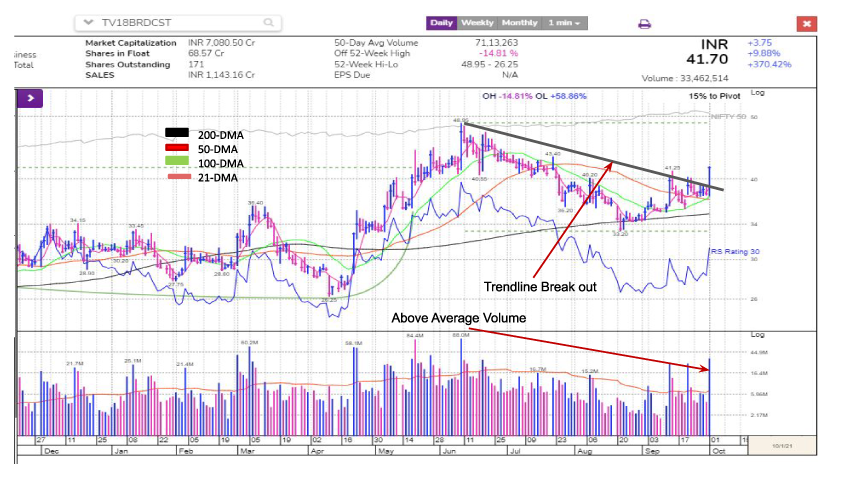 ● The stock has formed a big bullish engulfing candle on the daily chart on higher volume.

● It has formed a higher- top and higher- bottom price structure on the daily chart with improved momentum in RSI.

● On the weekly chart, the index has been gaining consecutively from the past three weeks. 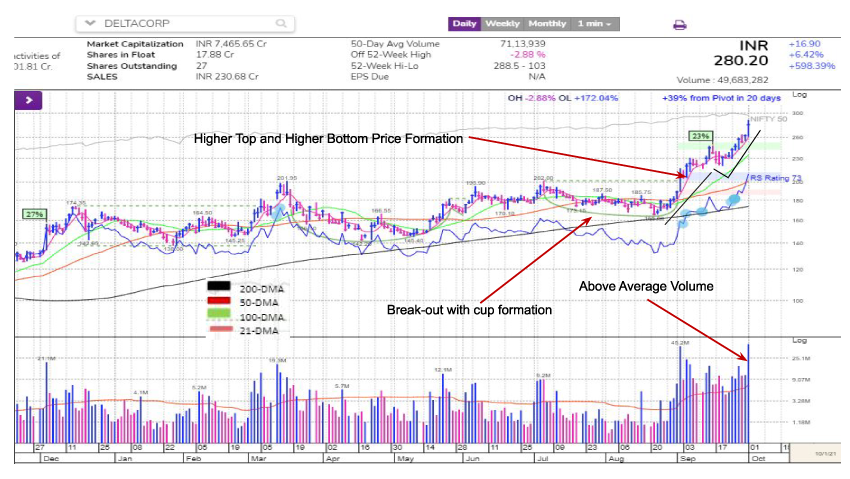 ● The stock is trending higher on all time frame charts, and today, it has formed a bullish candle with a higher- top and higher- bottom price structure.

● It gave a breakout from a stage-two cup base on September 2 and has gained around 40% from its pivot level in just 20 days.

● Even on the weekly chart, the stock has been gaining from for the past six weeks. 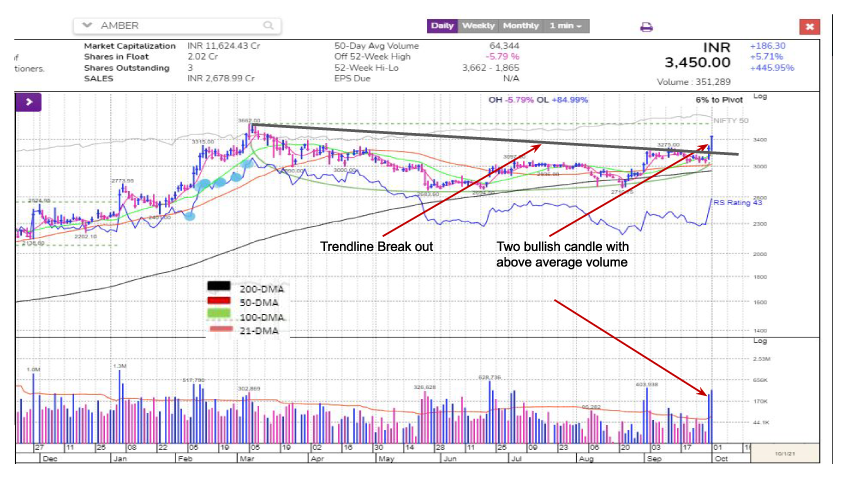 ● The stock has formed two bullish candles on the daily chart on above average volume and given a breakout above the trendline connecting the high of March 5, and September 30.

● Today, the stock gained around 5.7% intraday, with a positive bias.

● The momentum indicator RSI is also trending in the bullish zone and is currently at 73 on the daily chart.

● On the weekly chart, it has formed a big bullish engulfing candle after six months of consolidation. 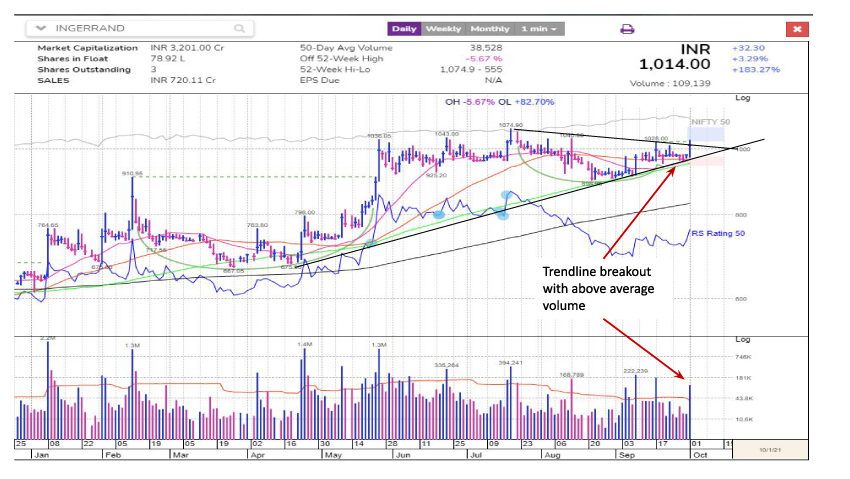 ● Today, it formed a bullish candle on above average volume and gave a breakout above the trendline after eight weeks of consolidation.

● It is trending above all its key moving averages on a multi- time frame charts.

● However, the stock faces multiple resistance. A fresh call can be taken once the index crosses above INR 1,028,  its recent pivot level.